It's Time to Migrate From CentOS

It’s final and it is finally happening. After years of waiting, Red Hat’s purchase of the CentOS Project is officially being incorporated into the development cycle as CentOS Stream. As a result, environments leveraging CentOS will have some decisions to make in fairly short order.

Over the next year the CentOS team be shifting focus from CentOS Linux, the rebuild of Red Hat Enterprise Linux (RHEL), to CentOS Stream, which tracks just ahead of a current RHEL release. CentOS Linux 8, as a rebuild of RHEL 8, will cease at the end of 2021. CentOS Stream will continue after that date, serving as the upstream (development) branch of Red Hat Enterprise Linux. Those who leverage CentOS will be required to evaluate their appetite for running in an upstream, unsupported version of Linux, along with their ability to operationalize CentOS streams in their lifecycle strategy.

A Fork in the Road, or Stream

The use of the CentOS Stream will also be central to a major shift in collaboration among the CentOS Special Interest Groups (SIGs). The shift to an upstream stream ensures SIGs are developing and testing against what becomes the next version of RHEL. This also provides SIGs a single focus, rather than having to build and test for two releases. The upstream approach gives the CentOS contributor community a great deal of influence in the future of RHEL. And it provides clarity around what role “CentOS” plays in the Linux distribution cycle.

When CentOS Linux 8 (the rebuild of RHEL 8) ends, the best option for those who stay on CentOS will be to migrate to CentOS Stream 8, which is a small delta from CentOS Linux 8, and has regular updates like traditional CentOS Linux releases. Some customers using CentOS Linux 8 in a production environment have concerns that CentOS Stream will not meet their needs; others may fear the operationalization of CentOS Stream will be a very heavy lift. For these businesses and others on the fence, it’s time to learn about the options and advantages available with a migration to RHEL from a trusted source.

Whether your choice is to operationalize CentOS Stream or to migrate to the supported Red Hat Enterprise Linux Platform, the IIS Red Hat Practice is here to help with the planning, build, and successful migration efforts.

IIS helps customers address their most technical business challenges. Our expert resources allow us to deliver solutions that better position our customers to react appropriately to the ever-increasing pace of demand on the technology aspects of their businesses.

The IIS Red Hat Practice is built on solid engineering talent that has been trained not just in the architecture, design, and implementation of Red Hat products, but also in the integration points with our partners like HPE, Dell/EMC, and ServiceNOW. This allows IIS to extend our value further into the customer environment.

IIS Red Hat Practice are skilled at dealing with customers at various stages of their Red Hat experience, whether that is a new customer, one just learning how to manage subscriptions and consume Red Hat software, or a seasoned Red Hat veteran who needs the latest updates. Wherever a customer sits on the spectrum, we serve as that go-to source of information, enabling them to make informed decisions pertinent to their business and environment.

The migration to RHEL can be daunting, but the advantages to be gained are many. For example, operationally, continued support and maintenance updates throughout a defined product lifecycle are important for most environments. As is the ability to introduce Smart Management into the environment for better lifecycle management, standardization and reduction in configuration disparity, and to make environments more consistent and supportable.

IIS engineers consistently help customers determine the best approach to CentOS migrations, leveraging Smart Management and other automation tools like the Ansible Automation Platform to allow them to do more with less. Contact the IIS Red Hat Practice at iistech.com today to begin a no-pressure conversation about preparing for your pending RHEL migration. 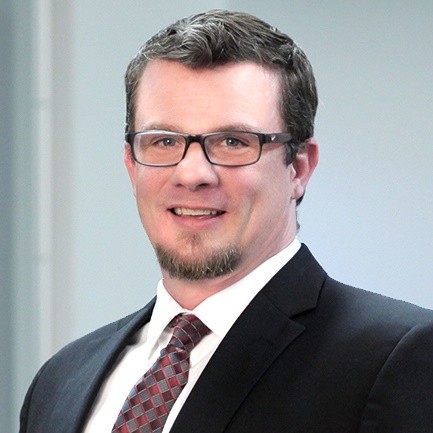